I Do Not Come to You By Chance 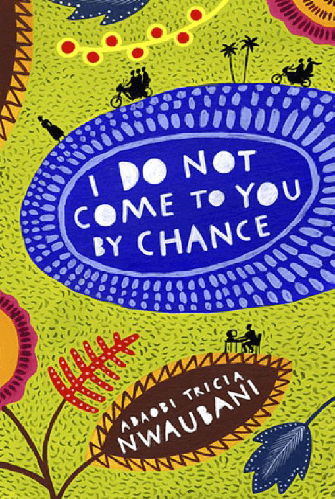 People in the villages seemed to know everything. They knew whose great-grandmother had been a prostitute; they knew which families were once slaves of which; they knew who and who were osu outcasts whose ancestors had been consecrated to the pagan shrines of generations ago. It was, therefore, not surprising that they knew exactly what had happened in the hospital on that day.

From what Augustina had been told, as soon as she came into the world and the midwife smacked her buttocks so that she could cry and force air into her lungs, her mother took in a deep breath and died.
The dead woman was the most recent of five wives, the youngest, and the most beloved. But because she had died a bad death, a death that was considered as much an abomination as a suicide, she was buried immediately, quietly, without official mourning.

When Augustina’s father took her home, everybody complained that the child cried too much, as if it knew that it had killed its mother. So her grandmother came and took her away. At age seven, when it was confirmed that her right hand could reach across her head and touch her left ear, Augustina moved back to her father’s house and started attending primary school. Being long and skinny had worked to her advantage.

There are no reviews yet.

Be the first to review “I Do Not Come to You By Chance” Click here to cancel reply.